Make a logo that looks great on small screens

Video is a powerful engagement tool for any business. A YouTube channel is the number #1 place for your business to build an audience and reach your customers through video. An effectively designed logo creates visual identity; it makes you recognizable to your customers. Your YouTube logo also tells your audience if you should be taken seriously. A poorly designed logo results in brand confusion and suggests a lack of attention.

Your logo needs to work on small screens

Visitors to your YouTube channel or other social media landing pages will arrive from desktops, laptops, tablets, and mobile phones. More often than not, they'll arrive from mobile phones. And, most all sharing happens from mobile; people message videos to each other. Even though you might create your channel logo on a desktop, that's not how the majority of your channel visitors will experience it. 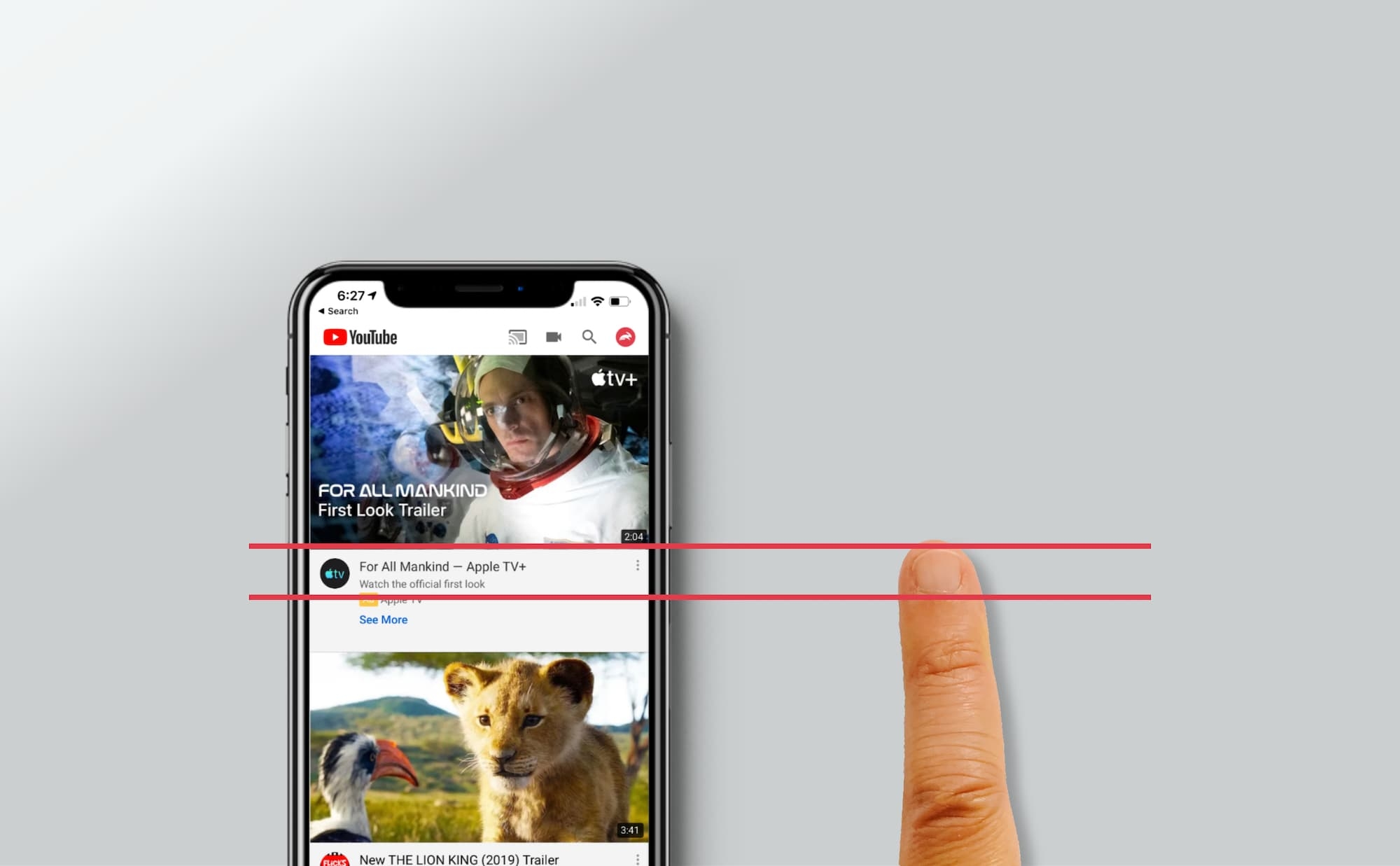 The above image shows a YouTube feed on the iPhone XS Max, Apple's largest iPhone. To its right is a pinky finger. The red horizontal lines show that the Apple TV channel logo is clearly smaller than the fingernail on a pinky. That doesn't leave room for a lot of detail, and it certainly doesn't leave room for much text.

You need a brand symbol

Today, most internet usage and a lot of work happen on small screens. Symbology – the use of symbols – is critically important. For proof, look no further than the home screen of your phone. 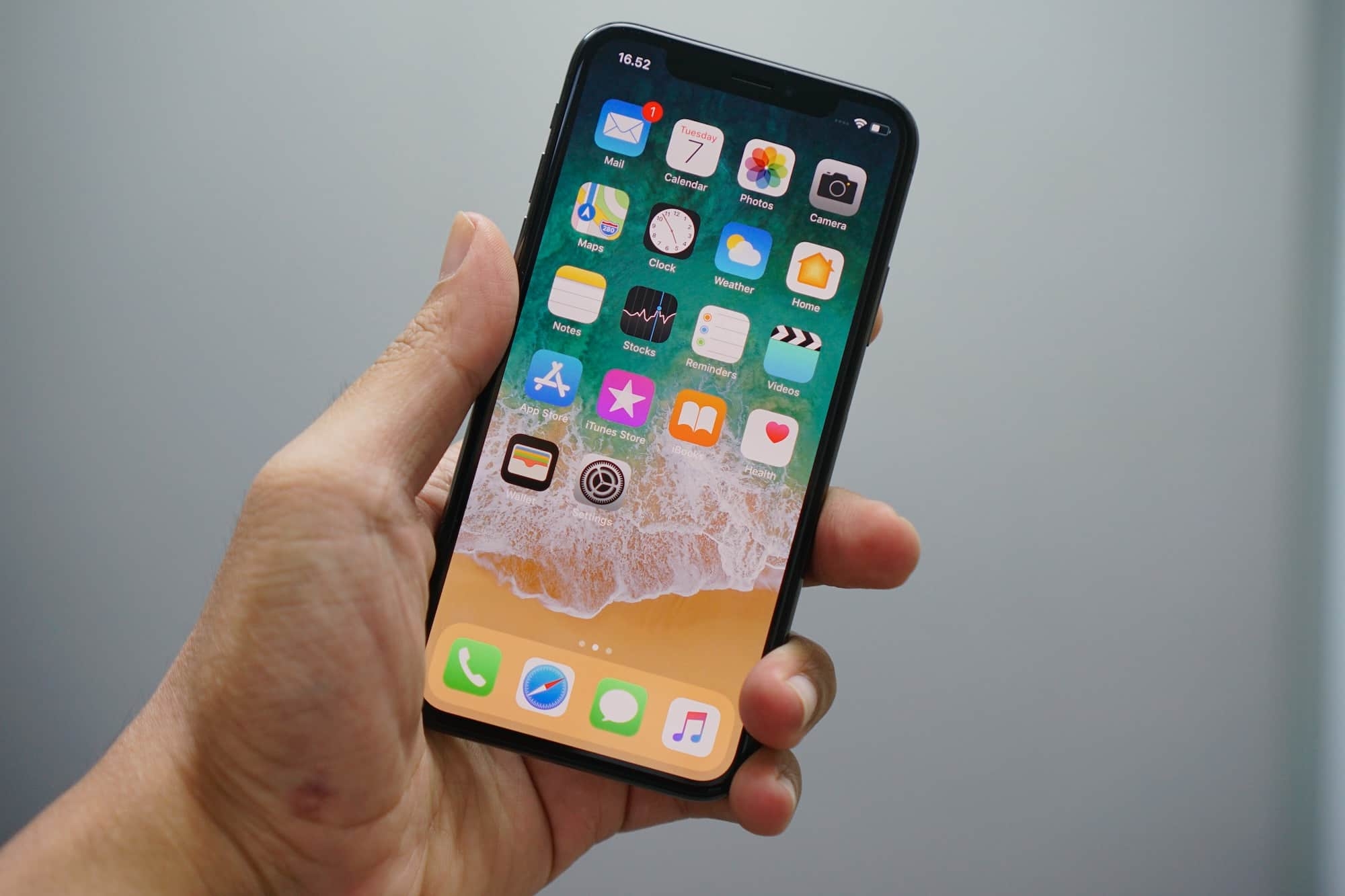 iPhone and Android apps are all represented by symbols. They're clean and, when possible, communicate meaning. For example, Apple's Camera app is represented by a camera. The Mail app is an envelope. The Settings app is a set of gears. Each is a symbolic representation of its functional equivalent. Your YouTube channel logo needs to do the same. It needs to symbolize your brand. In doing so, it must be both simple and recognizable. You probably recognized most of Apple's app icons without first being told what any were. That's the power of symbology.

We wrote a guide to help you create a cover image for your Facebook business or personal page. You can apply the same design principles on other social networks.

Read it now, "How to make the perfect Facebook cover."

When creating a YouTube logo (a brand symbol) for your channel, your symbol has to be uniquely differentiated from your competition. You don't want your brand confused with someone else's brand. Also, as implied earlier, your symbol needs to communicate meaning. It should connect your YouTube channel visitors to your brand with urgency: as quickly as possible. Immediacy requires simplicity. If visitors have to invest effort to figure out what your brand symbol is, or they need to squint to read small text, they'll skip to your content. It's great that they're watching your video, but it's a missed opportunity; to connect your content to your brand. Even if you've provided something of value, the viewer may not connect that value to you: its provider. That's a problem.

Above are brand symbols for some of the world's most iconic companies. They all have several things in common:

All social networks use round profile badges

Despite their differences, all social media platforms have one thing in common. They display your profile badge or logo in a circle. When you upload a square graphic, it's masked to a circle. YouTube's dark mode demonstrates the effect. Corners are nonexistent for any of the below brand symbols.

Below are the brand symbols for Facebook, Google, and Apple as users see them on their respective Facebook pages. Again, they're round. 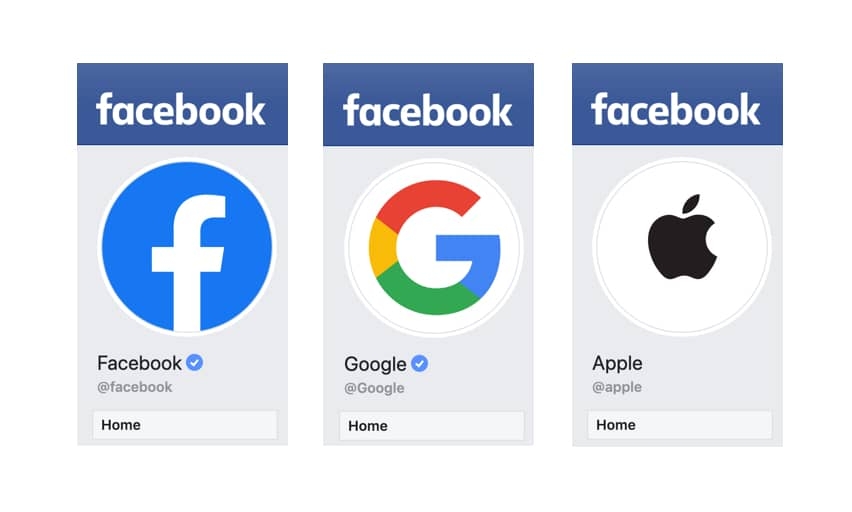 Your brand symbol needs to fit in a circle

Whether creating a brand symbol to use as a YouTube logo or anywhere else, you need to give your design some space. A symbol may look great as a square. However, when masked to a circle, it could be missing information. You don't want bits of your logo missing from view.

The above shows what happens when you upload a square image to a social media site like YouTube; to use as your brand symbol. The first box shows the size of the square container into which your image will fit. The second shows your logo -- in this case Twitter's logo -- filling the box completely. The third box shows the circular boundary where your image will be masked. The last box shows the masked Twitter bird and demonstrates the problem of information loss. Twitter's bird is missing its beak, part of its wing, and a portion of its tale.

To solve the problem of missing information, your brand symbol needs to be made small enough so it completely fits inside of a circle.

Now, Twitter's bird fits inside a circle. The bird has regained its beak, tail feathers, and wingtips. There's no information loss, but it still doesn't look right. The bird's beak and tail are touching the round border. It looks cramped. Though improved, the layout is still unappealing.

Give your brand symbol some breathing room

The Twitter bird must again be made smaller in proportion to its square container. Apple's iOS icon grid is a tool that can help solve this problem. It's available for free on the web and can be downloaded in a variety of file formats. You don't need to use it. It's a helper if you want it.

Above, Twitter's bird has been centered within the circles of the grid. The first box shows the empty image container. The second shows the uploaded Twitter logo with the grid layered on top of it. The uploaded logo is composed of both the white bird and its blue background which fills the entire container. Again, the third box shows how the logo will be masked. The fourth shows Twitter's final logo. 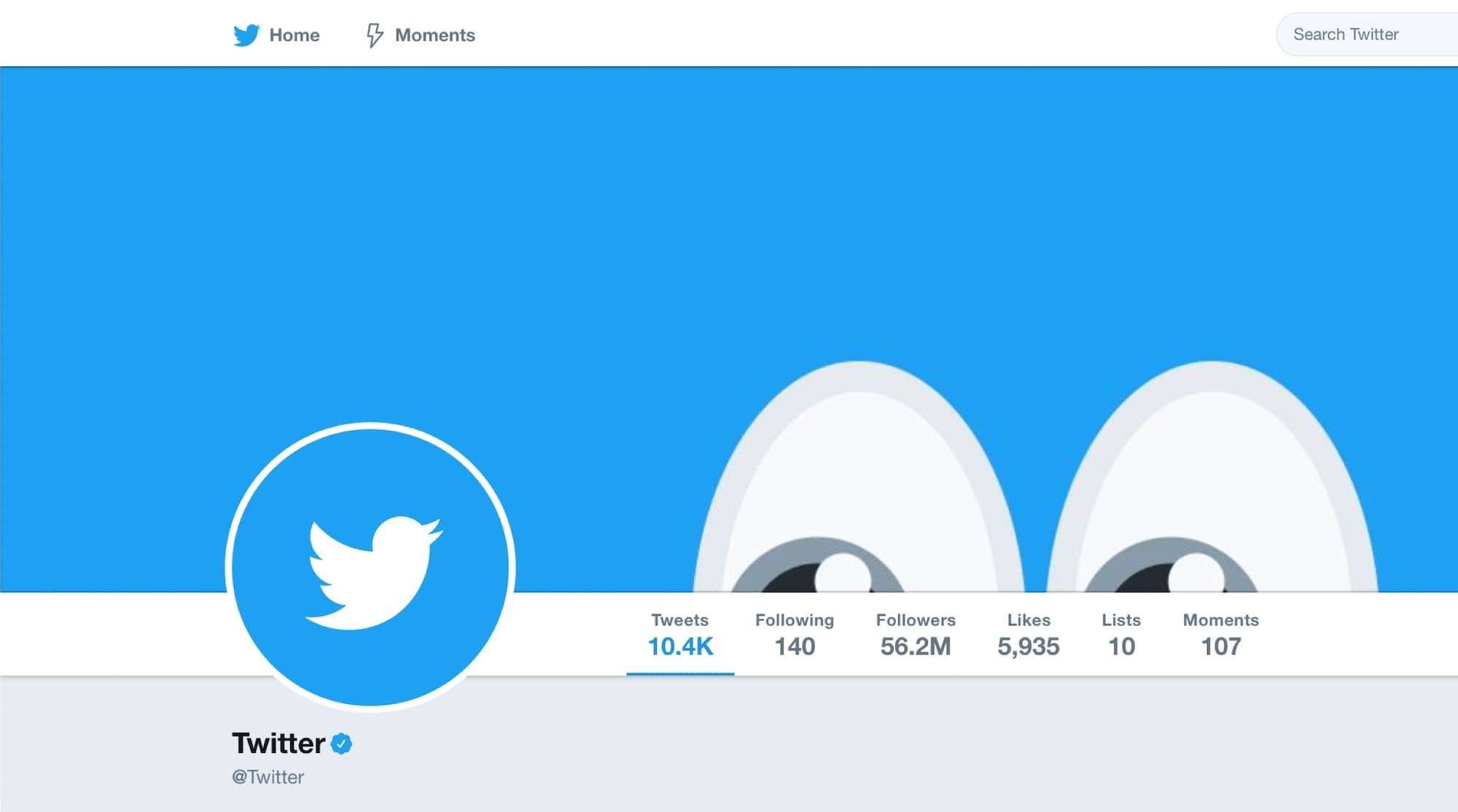 Your brand symbol may fill more or less of the round canvas. The esthetic choice is yours. However, your symbol should not touch any edges of your frame. That's true regardless of your frame's shape.

We follow our own advice. This is the LEAP WORKS Twitter page. One day, we'll have more zeroes at the end of our follower count. Everyone has to start somewhere though. 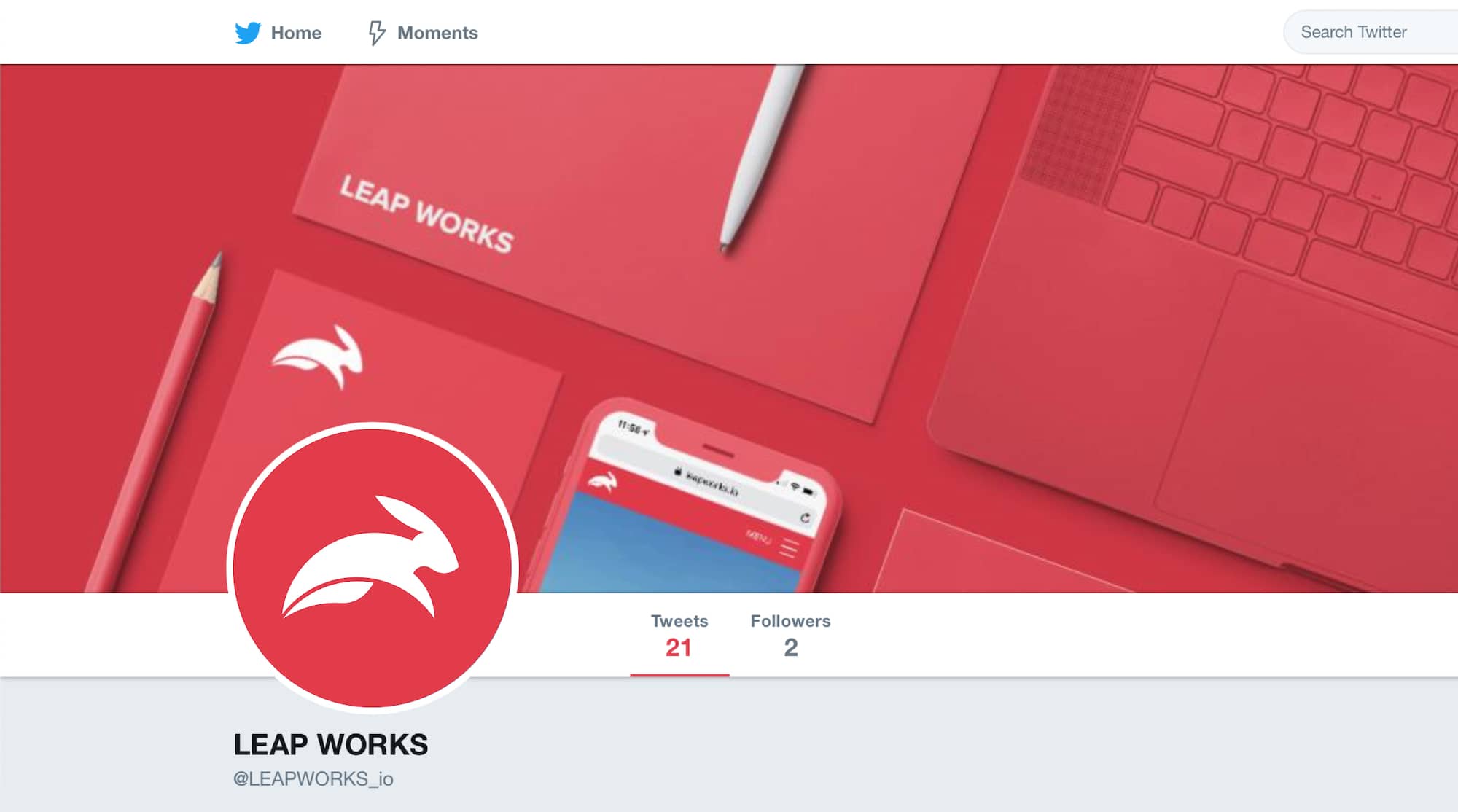 Now that you've created a YouTube logo for your channel, you need to add your symbol to all the other social networks you use. Creating a logo is 90% of the effort, but if it's not applied everywhere, a lot of your effort will be wasted. Your customers will have a hard time recognizing you across platforms. Share unique content on each social network, but carry the same visual identity throughout them all.

Enjoy what you read?

Get expert brand, marketing, and technology tips and news delivered straight to your inbox.

Welcome aboard! We sent you a confirmation email.×
Opps! We're sorry. There was an error. It's been reported.×
MARKETING

Free SEO tools and how to use them

Top 5 ways to build a website that earns revenue

A lot of websites don't deliver a return to the businesses that pay for them. Learn the top 5 ways to build a website that attracts visitors, converts them into customers, and earns revenue for your business.

Business continuity during the Coronavirus pandemic

People are understandably worried about the Coronavirus (COVID-19). For the next several months, a pandemic will disrupt how we live and work. Many businesses are faced with serious challenges. This article will attempt to relieve some pressure.

Get expert brand, marketing, and technology tips and news delivered straight to your inbox.

×
Opps! We're sorry. There was an error. It's been reported.×